Get A Quote & Book Yourself
Travel 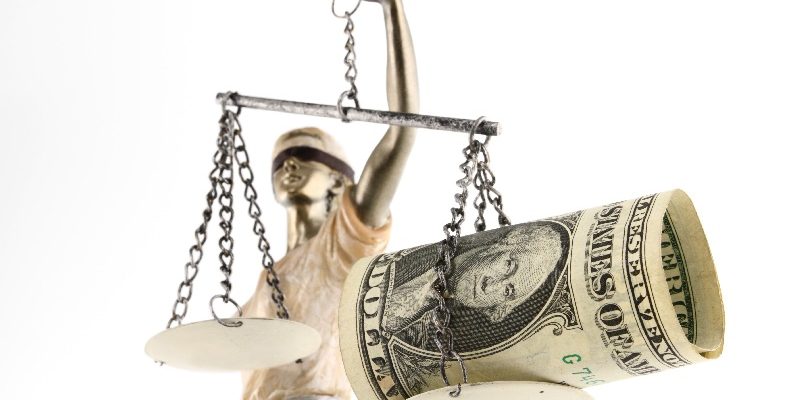 UBER and Lyft continue with their predatory practices. They have no other choice. If they compete honestly, they do not have a chance! They know that very well and this is the only way for them to stay in business. Despite the facts UBER and Lyft extort, bribe, change laws and their drivers kill and commit crimes, the companies are still in business.

UBER And Lyft Once Again Threatened The U.S. Government And Won

Today, 08/20/2020, justice died in USA after the appellate court in California, in the very last minute, granted UBER and Lyft a reprieve delaying an order which would have forced them to reclassify their drivers as employees by Friday. The companies threatened to leave the state as the new law does not fit them and would increase their losses. Of course it would, when they transport people at $1 per mile. If they raise the rates a bit and they may turn profitable. Not really! If they raise the rates, taxis and limos will get their market share back. UBER and Lyft are stuck with only one choice- to threaten and play the victim. They ambushed the government. Same government which invaded many countries to fight injustice and terrorists.

Poor judge Ethan Schulman! The system he works for spat in its face. He was publicly humiliated by his very own. The Californian Don Quixote. Too much push, for just a fart. That’s what UBER and Lyft made it look like.

That’s what happens when many in the government are actually corrupt corporate puppets.

UBER And Lyft  Took The Government From Behind

UBER has always been like: “Its my way, or the highway”. And UBER’s stray dog, Lyft, always follows. It’s not the first time UBER and Lyft do that. Texas, Chicago, New York, and now California are some of the examples of what happens when desperate companies which fooled powerful investors could not turn profitable for a decade. Kill or be killed.

Every time states tried to regulate them as taxis and limos, UBER and Lyft argued they are not transportation companies. They do perform same service as the traditional taxis and limousines though! UBER and Lyft called themselves Ride share when only just 20%-30% of their rides are shared. And while years passed, the “stupid” taxi and limo drivers kept on paying $4K-$5K insurance and $1,000 for plates. Multiplied by a decade already, it comes to a decent amount of money.

Another typical feature for UBER and Lyft is that they try to show themselves as the victim, when someone tries to regulate them.

In the end, through voter referenda, guerrilla tactics and powerful lobbyists laws are changed to UBER-approved or UBER-suggested laws.

Examples Of Extortion And Bullying

Texas tried to made all Ride share drivers go through federal background checks and fingerprinting. UBER left the state and came back year later when that same government “changed” its mind and let criminals and sex offenders continue to transport people, their families and kids. UBER’s stupid argument was that many of its drivers would not qualify to drive, or gets discouraged to drive.

Chicago’s former mayor Rahm Emanuel passed an UBER-friendly ride-share legislation in Chicago. You do not know but Ari, Rahmbo‘s brother, is huge investor in UBER. Read this article from the Chicago Sun Times:

Check the link below to learn what happened with Chicago’s Alderman Anthony Beale’s propositions for licensing of Ride share drivers.

https://www.google.com/amp/s/chicago.cbslocal.com/2015/10/26/aldermen-reach-compromise-to-allow-ride-sharing-drivers-to-make-airport-pickups/amp/ )  In the end, UBER and Lyft threatened to leave Chicago:

“In an effort to help the taxi drivers, Beale tried to require ride-share drivers to obtain chauffeur licenses — a rigorous testing process required for taxi drivers — and pushed for fingerprint background checks. Those moves raised discrimination concerns, and prompted threats by UBER and Lyft to leave Chicago. Both proposals failed”
Source: https://www.npr.org/local/309/2019/09/12/760121021/chicago-is-the-only-major-u-s-city-to-ban-ride-share-drivers-for-parking-ticket-debt

Years later UBER and Lyft drivers finally had to get licenses and Ride share insurance but not near close to these of the taxis and limos. The city of Chicago tailored easier tests for ride share drivers and insurance costs came to $20 a month.

Uber and Lyft played games around the world. London, European Union, Asia. The same game but with proofs of corruption scandals resulting in complete ban of the service in many cities around the world. While in others, it applies it’s tested and proven U.S. tactics.

There are thousands of crimes in U.S. and around the world committed by Ride share drivers. Check the link below to see some of them only till August 2018:

How come those companies still operate and risk the lives of their clients?

Justice in United States of America, Rest In Peace!

Chief Chicago Limo lost any hope in the judiciary body and system. But we cannot say, we will leave Chicago because we are not in the billions. Who would give a damn, right?! A drop in the ocean. So we have to stay and fight till one sunny day file for bankruptcy. Till then, we can only hope that U.S. Government grows some balls. And win more clients’ hearts.

10 Reasons Why Self-Driving Cars Will Not Take Over Chauffeured Services
February 25, 2020

Risks Of Traveling
March 30, 2019
Our Reviews
Go to Top
FUEL SURCHARGE FEE of 20% will be added on 50+ miles trips.
Learn more
This is default text for notification bar
Learn more