10 REASONS WHY SELF-DRIVING CARS WILL NOT TAKE OVER CHAUFFEURED SERVICES, AND MIGHT FAIL

You are here:
Travel 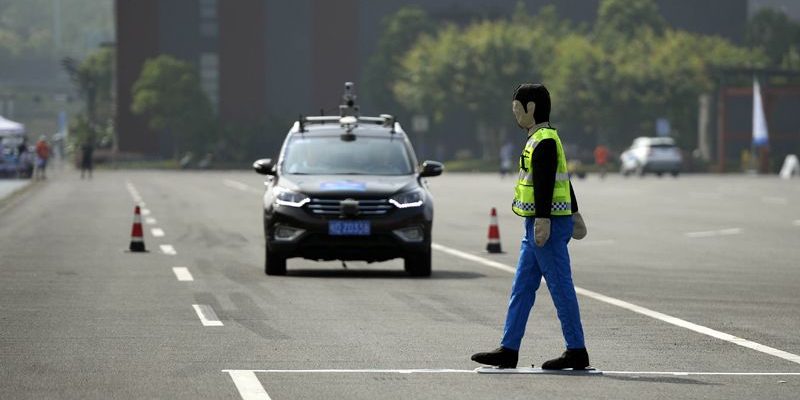 Self-driving cars are coming. No doubt about that! That’s how humanity moves forward – through innovation. They are expected to decrease traffic jams and death toll, move people who cannot drive, and a bunch of other good things. Many people, involved in the ground transportation industry are worried that might be the end of the chauffeured services. Let me tell you something: They are ALL WRONG!!! Here is our argument about that:

1. Legality and Liability: That’s probably the biggest concern in the autonomous vehicle project. Questions like who will be responsible in case of an accident, injury or death have not been answered yet. Who should compensate? Will that be the passenger in the self-driving car or the car manufacturer?! Remember the Uber self driving car that killed the pedestrian? With so much at fault, Uber CEO or engineers are still walking out free.

2. Infrastructure issues: Such are very likely to prolong the time when self-driving vehicles will hit the streets. It will require many years to have the infrastructure built for the self driving vehicles. Sensors, satellites, have to be everywhere to map the environment. And on top of all they have to be currently updated for emergency situations on the road( accidents, firefighters, rerouting, floodings, blockages, etc) to change the routes and give those vehicles updated directions. Traffic and street lights have to be altered. Let’s look at Illinois- a state where a simple road construction project is never done the way it should be, exceeding time and resources of the project. Imagine such a sophisticated task. 😉 Even if infrastructure is ready, self driving vehicles will be first adopted by trucking companies, taxis, public transportation and similar- vehicles which have set daily routes and schedule, and are less focused on customer service.

3. Too expensive: Price is very likely to be way too high, astronomically high, for those vehicles as any other new technology introduced to the public. The average will not be able to afford it. Take Tesla for example- their cars are still too expensive for the majority of the mass. And especially that mass that would buy an electric vehicle to save from gas throughout the life of the vehicle. $20-$30k over a regular gas sedan does not justify buying an electric vehicle for now. Owning a gas vehicle is still cheaper for now. If a self-driving car is too much money, will the middle class and the poorer people buy it only to avoid driving?! Don’t think so! And if that self-driving vehicle costs more, the price for a ride in it, will be higher too.

4. Lack of customer service: That is very important when it comes to targeting the chauffeured industry. People still pay a premium to hire a limo service company over UBER/LYFT, taxis etc. The reason for that is the customer service and care they get for the money they pay.
Will a self-driving vehicle do the following things for a client :

5. Loss of privacy: Driver-less cars will collect a lot of personal information. Privacy issues are a huge argument in our case. People who still use chauffeured services are people of high value on high ranks in the business world. Imagine a self-driving vehicle- the car of the future where everything is directed by voice commands, not recording every word a passenger would say?! Haha. Good luck with that!!! Clients talk about deals, discuss top priority strategies with their business partners on the phone in the cars. They are risking to be monitored and recorded and a sensitive information might leak and be used against them. Some clients even talk to their wives, and right after they call their lover. Funny, but true. While a chauffeur is a very professional and discreet individual- a self-driving vehicle should not be yet trusted.

6. Safety and maintenance issues: A chauffeur knows his/her vehicle very often better that his/her own family. Self-driving cars, might be programmed to enter a mechanic shop when sensors suggest that, but that is not often the case. A chauffeur is the person that dictates that. A weird noise while driving, or a small vehicle misbehaving might require faster interference to avoid bigger issues threatening the passenger’s safety and level of comfort. Also, the timing for that must be predicted better so the vehicle is fixed on a slow day or just before the peak times, so it does not have to sit in a shop while losing significant amount of money from work.

7. Loss of jobs: Unemployment rates will skyrocket and just imagine how many people are involved in making a living behind the wheel. Millions of Truckers will be out of jobs first, then taxis , Uber/Lyft drivers, etc. And not only the drivers will be affected by the autonomous cars. Police too will stop generating revenue from tickets, traffic courts will not be needed, insurance rates will be lower. Thousands of valet parking guys will be out of jobs too. It will hit us like a tornado. The oil & gas industry would lose revenue, as the autonomous vehicles are expected to be 100% electric. Car manufacturers will suffer. That may trigger a serious economy distress around the world. Riots and chaos may take place around the globe. But again, chauffeured services will be the last ones affected by the self-driving cars. Mainly due to the customer oriented character of our industry.

8. It’s technology! It is very likely to malfunction: There might be glitches in software, or self-driving cars can be a target for hackers. Terrorists, kidnappers and bad people may try bad things with the autonomous vehicles. Current GPSs are not accurate nowadays- it can mislead to make an illegal U-turn, or direct you to the wrong address. There are a few cases like these leading to fatalities. Imagine what could happen with the software for a autonomous vehicle?! What if a sensor goes out in a self driving car without a driver or with a passenger who does not know how to drive?! That car will stop all of a sudden in the middle of the road or continue hoping it will not hit anything? That’s where a chauffeur will be still needed.

9. Weather-related problem: Current self driving cars are tested in perfect weather conditions. Who will scrape the snow or ice of the vehicle, or change a wiper? For example, from 48F the vehicle enters another state and temperatures drop to 12F, black ice, windshield freezes, the chauffeur needs to make frequent stops to clean it. In similar situation, who will do that if the car has no passenger and is moving from point A to point B empty?! What about a flat tire?! Bad weather might also interfere the software of a self driving car?!

10. Driving is unique process and a chauffeur or a driver will be always needed: It involves others ( trucks, motorcycles, scooters, sports cars, pedestrians, cycles, signs etc. How will all those participants will interact with each other? It will kill the fun of a sports car or a crotch rocket?! No way!!! Situation: let’s say a truck tried a right turn and ran over the stop sign on the intersection? What would the self driving car do after that with the stop sign not there? It will consider it should not stop and cause a crash?! We all know what a chauffeur would do! We also believe driving is a unique and complicated process which will not be tamed for quite a while. It requires constant judgement, observation and reacting to unexpected events. An experience chauffeur can predict what other drivers will do in the next moment and adjust to the situation.

A good chauffeur will always have a job!

Don’t get us wrong!!! We acknowledge the progress humanity made and that those driver-less vehicles will change the way the world moves, but chauffeured services will still have a strong advantage over the self-driving cars for a very, very long time.